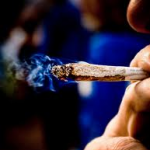 Young adults who used marijuana as teens were more likely than those who didn’t to develop schizophrenia and psychotic symptoms including hallucinations and delusions, an Australian study found. Those who used the drug for six or more years were twice as likely to develop a psychosis such as schizophrenia or to have delusional disorders than […]