Many people suffer from severe addictions that can ruin lives and are extremely difficult to control. Nearly 2 million enter roughly 12,000 addiction treatment programs each year (…).

Adi Jaffe is completing his Ph.D. in psychology at UCLA, where he specializes in addiction issues. A former drug addict who spent almost a year in treatment, Jaffe holds strong views about addictions of all types and the process of rehabilitation. He believes addicts can be treated successfully — but not quickly or easily.

“Treating addicts with 30-day programs is a horrendous idea,” he says. “Almost nobody changes a habit in 30 days. The National Institute on Drug Abuse has long recommended a minimum of 90 days residential treatment. Most people don’t get that, and rehab for a month is just not enough.

“The longer the addiction and the more entrenched, the longer you need to be away from it. You need to give yourself time for all the physical aspects of the addiction, the cravings and triggers to wane. After your mind has quieted down, you can start adapting new routines. Otherwise, you will jump right back into your old routines — that’s all you know how to do.”

The success rate for many rehabilitation programs is less than 25 percent, according to Jaffe. But addicts, and their loved ones, should not be discouraged if their first effort to quit does not succeed, he says.

“A misconception is that addictions are almost impossible to overcome. If you fail one rehab with one version of treatment, it doesn’t mean you can’t get better,” he says. “It means you have to try again. Instead of blowing $80,000 on a month of rehab in Malibu, focus on the treatment you’re going to get and not the catered food or the ocean views. 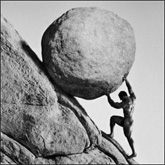 “My research on addiction over the last eight years has taught me that we have a lot of tools that increase the probability that somebody will be fine after treatment. I believe you can recover from an addiction. However, the later you intervene, the harder it is to save somebody.”

In his doctoral dissertation, Jaffe focuses on addiction and “triggers” — specific environments, people and objects that can spark an addict’s craving for drugs — and whether drug relapses can be made less severe. Two of his studies address such cravings and triggers, which produce physiological effects that last many years after drug addicts have overcome their addictions. His dissertation addresses “what it is about drugs that makes triggers associated with them so able to drive behavior” toward future drug use.

“Why people want to use drugs is not a mystery. They make you feel good,” Jaffe says. “In animal studies, rats don’t take drugs because their parents abused them, but if you give them drugs, they will use them. The question is not why people use drugs but why they become compulsive about their drug use. Triggers associated with drug use play a huge role in addiction — the people you use with, the places where you use, the music you listen to while you’re using drugs, the instruments you use to inject drugs. With heroin addicts, just seeing a syringe activates their brain in the same way as the drug does. They are linked — like in Ivan Pavlov’s conditioned reflex experiment, in which he trained a dog to salivate at the sound of a bell that was previously associated with steak.”

Jaffe started using drugs at age 15 and continued for more than nine years, including when he was in a rock band.

“It got progressively worse and worse. Friends did it and I didn’t want to look uncool in front of everybody else when it was offered. It was right there, and I didn’t resist it,” Jaffe says. “At first, I liked it, but eventually my life felt like something out of a beatnik novel directed by Quentin Tarantino. An addiction gets to a point where it stops being about a reason why. It just becomes a part of your life. Why do people have a cup of coffee every morning or smoke cigarettes even when they’re not stressed out? After a while, it’s just what they do.”

To make matters worse, Jaffe said, “the more you use, the more the people around you use. Because others no longer want to have anything to do with you, you find yourself in a circle where everybody you know is using drugs. And at that point, getting out of it is very, very difficult.” Jaffe, of course, did manage to get out, and he is writing a memoir about his research and his personal experiences with addiction and treatment. He has not touched drugs in eight years. “You make choices, and a choice can help you or hurt you immensely,” he says. “People who are predisposed to becoming addicts are more impulsive, so their choices are often not well thought-out. But addiction is more than a bad choice.”

Biological, environmental and behavioral factors all play a role in addiction, according to Jaffe. Some people, for example, have a biological predisposition that makes them more likely to become alcoholics or drug addicts than others, due to genetic factors. And people with addictions often seem to lack the ability to control their behavior, despite the negative consequences. Jaffe says that a faulty pre-frontal cortex — what he calls “the brain’s CEO” — can make an individual much more susceptible to addiction.

“With a lot of addicts, their pre-frontal cortex is dysfunctional; their CEO is not always there for them, it’s not there to reign in their destructive choices,” he says. “That’s the essence of addiction. They can’t make good long-term decisions, and if you throw drugs into the mix, it makes them even less able to make good long-term decisions. How do you help them to make better decisions? That is the question the addiction industry is trying to answer.” (…)

“Quite a few doctors get addicted to drugs,” Jaffe says, “but the medical community has created a structured solution that works amazingly well. When doctors get reported for stealing drugs, for example, they are given a choice: Lose your medical license or go through a five-year drug treatment program. Most choose the treatment program. For the vast majority of doctors, it starts out with a 90-day residential treatment facility, with drug testing, followed by outpatient treatment with more drug testing and counseling, followed by a probationary period where they can be randomly drug-tested for a total of five years.

“Compare that with average drug addicts, who get up to 30 days of treatment in whatever facilities they can afford and then are on their own. While the success rate for the average addict is less than 25 percent a year out, for physicians, more than 75 percent still have their medical licenses after five years and about 80 percent tested clean for the entire period. To me, that success rate among thousands of doctors shows it can be done. Doctors have a lot of motivation to get clean. We need to give more people a really clear choice.”